A share from my good friend, the Syrian photographer and activist, Sima Diab Kassem:

For the people who keep tagging me or sending me that dumb Eva Bartlett propaganda bullshit asking me to explain it, this is my answer- I don’t want to see that idiot woman’s face in my inbox or my name tagged under any of her crap:

1)  I’m not in the mood to explain who this woman named Eva Bartlett is – because she’s a professional propagandist. She is not a journalist as she claims.

2) If people until today don’t understand that Assad, Russia and Iran are creating misinformation to confuse a public so people can remain dumb, twisting events to suit their narrative – I’m not going to explain it to them

4) If people are only condemning the west’s imperialism by citing US intervention in Iraq, but not seeing that Russia and Iran are also an invading force, I’m not going to participate in that hypocrisy

5) If 12 million displaced and half a million killed is not enough for people to be convinced that Assad is not a leader but a maniacal dictator, then I won’t be privy to explaining what a dictator is

6) I’m one Syrian. I don’t speak for all Syrians, but every single Syrian I know has had a family member killed, tortured, arrested, exiled or have become refugees. There’s no leader in the world that deserves to stay in power if that’s the situation of your country.

7) If you only care now for Aleppo and you don’t know about Baniyas, Douma, Hama, Homs, then I’m not going to give a recap of history.

And what I mean by read, is actual news sources not bullshit conspiracy websites.

And if you don’t believe in the professional media, then stay ignorant.

I was speaking to a group of military men a few days ago, playing the age old soldierly game of wargaming: not with little metal soldiers, but sitting around, beer in hand, working through scenarios.

I disagree. Being an only child, I’ve always found being contradicted hard to take.

But my fellow wargamers proved hard to shift in their beliefs – understandable, when the presence of the Islamic State is fundamental to your existence (armies need enemies to fight, after all) and Islamic State presence means more budget for fighting that particular bogeyman.

This was still preying upon my mind last night (being an only child, I dwell on things), when the Islamic State, through its media house, ar-Raqqah, released a video product celebrating the shift of allegiance by a group of al-Shabaab members led by the ideologue, Mumin.

The video is short, running to just under seven minutes (compared with al-Shabaab products released through al-Kutaib, which run up to 90 minutes.)

The first three speakers are all in Iraq/Syria (although this is never stated, allowing for the assumption to take hold that this is all set in Somalia). The talking heads switch between Somali and Arabic, quote from the Q’ran. They provide a religious argument for mutiny, explicitly asking aS fighters to leave ‘the battlefield’ if al-Shabaab’s leaders refuse to let them shift their allegiance. But they speak poor Somali – Diaspora, possibly never having set foot in Somalia itself. (This not the first time the Islamic State have commited a faux pas in their messaging to Somalia. See Do We Want al-Shabaab to Join the Islamic State?)

Their weapons are sophisticated (an MP5, an M4 with a foregrip and a sexy sight unit) – too sophisticated for Somalia. There is a sprinkler in the background of one shot – you don’t see many sprinklers in Somalia.

The production quality shifts dramatically down and fighters with faces covered are shown wandering through the bush (well, some bushes), following a flag-bearer, swearing allegiance – they might be in Somalia. (It is also reasonable that they should cover their faces given the ongoing Amniyat purge of Islamic State supporters.) The terrain could be the Galgala mountains. Or it might not. 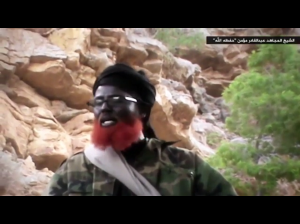 Mumin himself appears, but this is a lift from his original video statement.

Group shot – 27 fighters, which matches the number of Mumin’s group

Then group shot: there are 27 fighters and, adding those recording, this could be the group of fighters who fled with Mumin. But where is Mumin, then? (Perhaps he was the one filming. I suspect not.) The video ends with a few fighters watching an Islamic State video on a laptop. 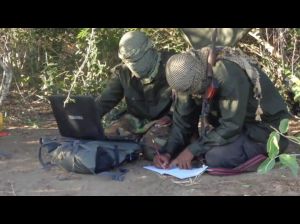 Watching an Islamic State video product on a laptop

The product feels wrong, as wrong as al-Shabaab feels within the context of the previously moderate, Suffist Somalia.  Too often there is a ‘could be…’

And that is dangerous. This is a period when the Islamic State might be changing form and becoming an international terrorist organization, rather than a territory-focussed entity. (Although that assumption is based on events over Sinai, and I might be the one with the prepared conclusions. But I’m not the only one.)

There is a battle going on right now in Somalia, but the battle is not the Islamic State trying to control Somalia. It is between factions within al-Shabaab, young and old, globalists and nationalists, foreign fighters and Somalis, Diaspora and homelanders, even. (And there is also a battle going on between the Somali government and their international partners against al-Shabaab.) Unless there is a widening of the strategic view of those in the military, in government, in the media, the elements of the international community who might actually have some influence over events, then this scenario might well end in IS after all. 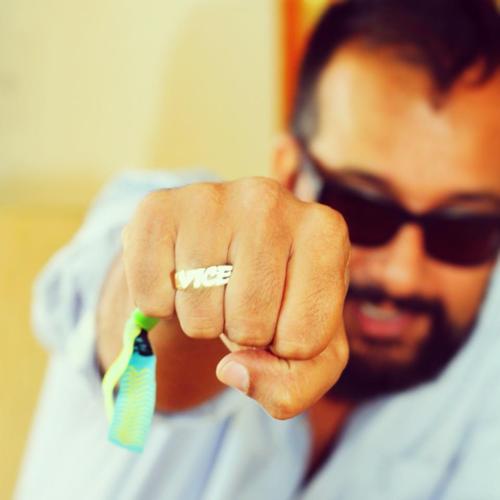 A DAY OUT WITH VICE NEWS

‘These men are pornographers?’ says Abdi, one of the President’s comms team.

‘No, it’s just an attention grabbing name. It’s like Virgin. People used to think that was risqué.’

‘I don’t know… In fact, no, the President won’t see these people. As you say, it is risky.’ I know better than to try to clarify the homophone.

Moving down the feudal pyramid from the President in search of someone who is willing to speak to the Vice News crew, it gets no easier.

‘Vice did those great videos on the Islamic State.’

‘They make the videos of the beheadings, the burning of that pilot alive?’

But we get there in the end – after completely re-organising the programme. The Minister for Planning, Abdi Aynte, is a former Jazeera journalist and also happens to have written his Masters thesis on the origins of al-Shabaab, so the pornographers/IS horror video producers get a decent insight into where the organisation came from, where it is now and where it might be going. And the government gets an input. Which is important.

A UN chum improvises a trip to a Defector Rehabilitation Camp in Baidoa, out in the hinterland of Somalia towards the Ethiopian border, and the trip coalesces into something. Vice News are happy.

It’s important that they are happy because the devil will find work for idle meeja to do if their ‘handlers’ don’t keep them occupied. They might end up filing a different story entirely. Like a story about all the boozing and shagging that goes on in the Mogadishu airport compound, where the UN and various embassies are hubbed, a story that came about because a journalist wasn’t kept occupied.

Or it might be a revenge story, as happened to an erstwhile colleague of mine back in Iraq in 2005 in the aftermath of two British SF soldiers being lifted by the shady Iraqi cops they were meant to be spying on, plunging the city into days of rioting. His opening gambit to the assembled ladies and gentlemen of Her Majesty’s Press: ‘You’ve been foisted upon us so don’t expect us to happy that you’re here.’ His reward: a feature on him and how shit he was.

In the back of the armour we chat about the interview with Aynte.

‘Some of his comments were obviously party line,’ says Suroosh Alvi, the host of the programme that is being filmed (‘TERROR’: a major documentary series on TERROR), who also happens to be one of the founders of Vice. ‘But very good, you can tell he was a journalist.’

Which is interesting, as the Vice crew (or should it be ‘VICE’, because that’s the way it’s cast on Suroosh’s trademark signet ring) pride themselves on not being trained journalists.

And that makes for a very different media visit from what I am used to (it’s been a while since I did any media handling) and also from what the private security company that is driving us around is used to as well. The mainstream media have become so bureaucratised, with all their disclaimers and risk assessments and their entourage of security advisors that their trips have become a breeze, since their masters are so risk averse and they have been brought up with the pernicious ‘embed’ as the norm.

But Vice are different. They have to be restrained from dashing to the Jazeera Palace Hotel when an al-Shabaab truck bomb peels the frontage off, killing 15. (But they get there later.) They are nearly in tears when we have to board the plane back to Mogadishu, a plane we cannot miss (unless we fancy a 5 day layover in Baidoa): the commander of the Ethiopian garrison offers to let them go up in an attack helicopter to see some action. But they got to meet some real, live al-Shabaab defectors, so the disappointment quickly passes.

The conversation in the armour drifts to the realities of the campaign against al-Shabaab. I nearly have an unguarded moment, but something from years ago, maybe the Defence Media Operations course, kicks in.

‘Are you filming?’ I ask the cameraman, Chris, who is squashed into the boot of the armour so Suroosh and I can sprawl on the back seat (and so Suroosh can do a piece to camera if need be).